Here on the blog I am getting back to the basics of learning calligraphy with a new series. These posts are meant to help you quickly get started to learn calligraphy. If you missed part 1 check it out here, it will help you figure out whether to start out with brush pens or dip pens. Now on to part 2 and calligraphy supplies!

There are so many supplies out there to use for modern calligraphy. I have done plenty of posts about them too. So for today’s post I am going to share my top favorite supplies for brush pen calligraphy and dip pen calligraphy. These may not be everyone’s favorite pens but I think they are great for newbies especially since I started with them and I still use them.

I have slowly been trying all the brush pens I can over the years but there is one pen that I go back to over and over again. So much so that I keep a supply of the pen in stock at home at all times. I also use this pen when I host beginner brush pen calligraphy workshops. The Tombow Fudenosuke Brush Pen is seriously the best. The Tombow Fudenosuke comes in 2 styles, a hard tip and a soft tip. However the soft tip is still pretty hard compared to other soft tip pens. That means both are fun to use and experiment with!

And if you do want a little bit of color with your brush pen calligraphy, they now have some color sets! Check out the colors here and the neons here.

Next up if you want to try out dip pen calligraphy these are the beginner supplies I would recommend:

Learn more about all the nibs I’ve tried right here.

This laser jet HP paper is pretty well know in the calligraphy world as the standard for practicing calligraphy. I use it for all my worksheets that I print for practicing. Even though it’s a laser jet paper I still use it on my ink jet printer and it works fine. This paper is recommended by many because first off it’s pretty cheap for a lot of sheets and it’s super smooth so the pen glides over it perfectly. I use it for both dip pen and brush pen which makes it a win-win!

If you are following this series you should already know whether you are starting with brush pen or dip pen. And now you have a super simple list of what supplies to pick up so you can get started asap! Here’s a quick recap of the beginner calligraphy supplies you need.

Next up I will go over what to do with the calligraphy supplies you have and how to actually get started today! So get those supplies ready to rock and roll! Check out Part 3 here.

And if you want to start down the rabbit hole of other supplies out there check out these posts here and here.

Most invitations are sent out 8-10 weeks before yo

As spring approaches, it's the perfect time to sta

Here's just a few ideas to make your wedding envel

I’m so torn between my favorite wax seal color s

For any couple looking to add an elegant touch to

When you are planning out how many invitations to 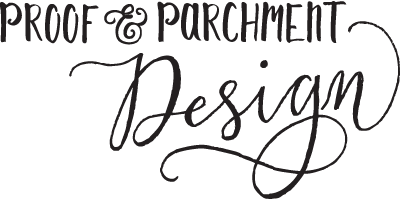